75 Ball Bingo is probably the best known and the most popular of all the bingo games that are played. Bingo has evolved from being a game that was played only by seniors into a game that is thoroughly enjoyed by players of all ages.

This game is a direct descendant of the old game of Beano and is played mainly in North America, especially in the US and Canada. The game is probably the fastest and most exciting form of bingo that is available for play. 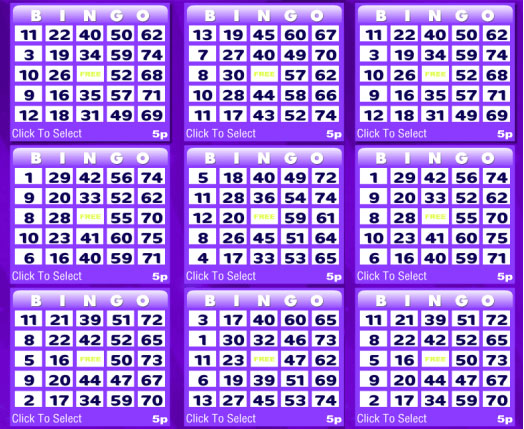 This game is played in both land-based and online bingo rooms, and is received with much enthusiasm; players of the 75-Ball Bingo game are assured a fun time.

The experts and professionals especially enjoy this game because there are fewer stops in the game and the pace is much faster than any other version of the game.

With the great increase in jackpot money to play 75-ball bingo, playing these games can prove to be very lucrative indeed.

Unlike when it is being played in a land-based bingo room, when players opt to play 75-ball bingo in an online bingo site, they will be able to play the game at a much faster speed.

Another reason for choosing to play a 75 Ball Bingo Game in an online casino is the fact that there are new games that begin every few minutes, and so you will be able to find a game to play no matter what hour of the day it is.

The 75 Ball Pattern Bingo game is the more exciting variant of the many pattern games on offer online. This offers both the players and the creators a great scope for imagination when they are coming up with patterns that form winning combinations.

In fact, the 75-ball game is the one that is most commonly used in order to play pattern games because of the nature of the ticket. The ticket in this game is a square with just enough space to allow for the formation of several patterns.

All patterns are divided into three categories. They can be standard or static, which means that they cannot be shifted on the card.

When players try their hand at static pattern bingo games, they can only win when the pattern is completed and every square that is highlighted in the pattern has been struck off the card. Another kind of pattern is the Crazy Bingo Pattern.

In this pattern bingo game, the 75-Ball pattern bingo tickets will allow for the given pattern to be rotated by a certain increment of 90 degrees, and then the player can proceed with making a match with the dauber.

There are also cards with Wild Bingo Patterns which means that the cards do not have a set pattern, and the pattern is scattered throughout the bingo card. The pattern in this case is static, but can be situated on any part of the card.

The patterns can be in the shape of alphabets, numbers or unique symbols like the dollar sign, a top hat, tree, turtle, layer cake and so on.

The 75-ball bingo ball game is played on a 5×5 square grid. This game is more popular in North America than in Europe.

Each row has five numbers and there are no spaces on the card unlike 90 ball bingo. The various games played with 75-ball bingo are shown below:

This is the easiest form of online bingo you can play. With a cover-all type of game, all you’d have to do to win is be the first one to have all the numbers in your card marked. In a cover-all game, the jackpot is also usually higher than in other games.

But there’s a catch; to win the jackpot, all the numbers in your card must be marked before the 41st ball or number is drawn out. The jackpot prize will be greatly reduced afterwards.

For regular bingo there are three ways to win. The first one is to form either a horizontal line, secondly is to form a vertical line and lastly is to have all your numbers in a diagonal row marked.

Any of those three directions will get the jackpot prize. Since there are multiple ways of winning, the cash prize is usually much smaller.

When you play four corners, you’re better off purchasing more online bingo tickets than usual. Why? Because only 4 numbers in your card count: B1, B5, 01 and 05. Nothing else matters.

However 75 ball bingo has spread quite quickly and many UK bingo players are now familiar with it. When you play 75 ball bingo, though, there are a few distinct differences in the game play that participants should be aware of.

75 Ball Bingo is the same as 90 Ball Bingo in one way – random numbers are called out which you have to mark off, and the first person to do this and call out bingo is the winner.

If you are used to the 90 Ball version of bingo, you will see that the similarities end there. When you play 75 Ball Bingo it is not just a number called but also a letter which precedes the number.

This is because the bingo card is made up of a grid, 5 squares long and 5 squares down, although the square right in the middle is a free space and so has no number on it.

Along the top of the bingo card’s grid are the letters B, I, N, G and O, so when you play the game you will hear the caller say both the letter which heads the column, followed by the number.

Therefore you will hear the caller announce G52, O70 and so on. If the free square is part of the pattern you are playing for it will be marked off automatically, so at least that it is one number less to need – although as this is true for every player this doesn’t give any advantage unfortunately.

If you choose to play several 75 ball bingo tickets, which most players tend to do, you will notice that the same number can be found on several cards, unlike the 90 Ball version where on a strip of tickets, made up of 6 cards, a number will only ever be found once.

Because of this the 75 ball game is called at a slower pace, as they have to allow some time for players to search through all of their cards for any duplicate numbers.

This may be a bit frustrating at the beginning, especially if you are only playing one card, but you will soon get used to it.

If you are playing 75 Ball Bingo and there is a cover-all game you will feel right at home, as this is the same as playing for a full house on the 90 Ball game, and you must mark off every number to win when you play 75 ball bingo games.

5 Most Popular and Best No Deposit Free Bingo Websites 2021